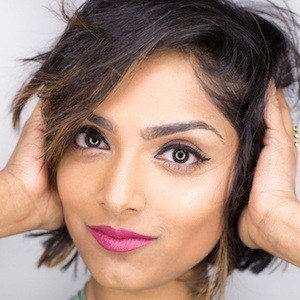 YouTube beauty enthusiast who is known for her self-titled channel. She has gained renown for her frequent beauty and makeup tutorials, as well as her fashion advice vlogs.

She created her YouTube channel on December 3, 2011. She began posting there on January 3, 2015. She held a collegiate internship with L'Oreal.

She has amassed more than 290,000 subscribers to her YouTube channel. One of her most popular videos, "How to Mask Dark Under Eye Circles (Seen on TODAY Show)", has earned more than 9 million views since its January 11, 2015 posting. She signed with the talent agency WME in November 2020.

She was born and raised in Texas. Her family is of southern Asian descent.

She appeared alongside host Natalie Morales during her appearance on The Today Show in February 2015.

Deepica Mutyala Is A Member Of