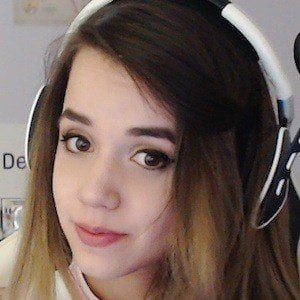 Twitch and YouTube star who is known for her guided gameplay for the game League of Legends. It is one of her most popular games on Twitch, with over 210,000 subscribers.

One of her other most popular games to stream on Twitch is Hearthstone: Heroes of Warcraft. She has garnered over 80,000 subscribers. Additionally, she has earned various accolades for her Hearthstone gameplay. These include being a 13 time legend, and finishing in the top 100 players in the world in multiple different seasons.

She was born and raised on the east coast of the United States. She is half Italian and half Venezuelan.

One of her top listed channels is that of Nightblue3.

DeerNadia Is A Member Of