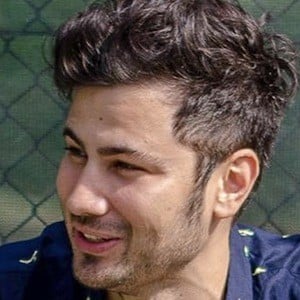 Comedian and actor best known for his Def Noodles YouTube channel which has earned over 550,000 subscribers and more than 130 million views. He often reports on other YouTubers, discussing news and drama. His episodes usually cover multiple news stories.

At the age of nine, he created his first video for a book report on Roald Dahl's BFG. He studied Progressive Film Theory at UCLA and trained in improv with Del Close at the Improv Olympic.

He worked as a hot dog salesman in New York before having his first video go viral. He has performed stand-up and improv at clubs like Broadway Comedy Club in New York.

His real name is Dennis Feitosa. He was raised in Bensonhurst in Brooklyn, New York. He developed an interest in movies at a young age due to his father's prominent role as a Warner Brothers executive.

He appeared in the 2020 movie Still Waters, which stars Eric Roberts.

Def Noodles Is A Member Of