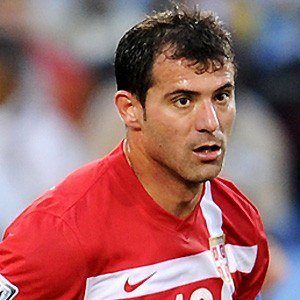 Attacking midfielder who made his professional debut in 1994 with Red Star, signing with Lazio in 1998 and Internazionale in 2004.

He married Ana Acimovic and had three children with her.

He and center forward Nikola Zigic were teammates on the Serbian national team.

Dejan Stankovic Is A Member Of