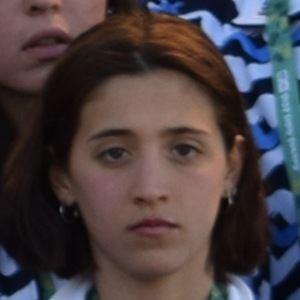 Argentine swimmer who is known for having participated in the Young World Cup of Swimming. She is also known for being a member of the Argentina National Swimming Team.

She first began swimming at the age of 12. She then went on to compete in her first World Cup in 2015. She gained international recognition in 2016 when she made an Argentine record in the 800 meter race.

She is known for having won the Olimpia de Oro award in 2017 for Best Sportswoman.

She shared a photo with her mother to Instagram in October of 2017.

Camille Muffat is a fellow Argentine swimmer known for also competing in the World Cup events.

Delfina Pignatiello Is A Member Of