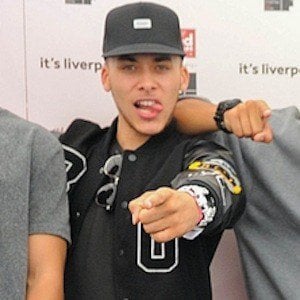 R&B singer best known as one-fourth of the R&B boy band MiC LOWRY. They are well known for their single "Supermodels" and their 2015 EP titled The Show.

He was originally joined by his four bandmates in 2011 to become MiC LOWRY. Everyone in the group grew up within a mile of one another.

With MiC LOWRY, he won the MOBO Unsung Award and opened at the MOBO Awards pre-party.

He is from the North West of England in Liverpool.

He became a part of a British boy band like Niall Horan of One Direction.

Delleile Ankrah Is A Member Of