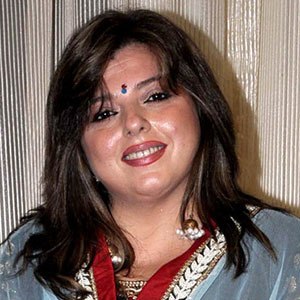 Indian actress who is known for her roles in Bollywood productions including films and television. She is best recognized for having played Dhillon in the film Dil Ne Jise Apna Kaha and Kavita Verma in the series Yes Boss.

She started her career as an actress appearing in several music videos including for the song "Ga Ga Ga Gori Gori". She then went on to make her Bollywood debut in CID where she played the character Bela.

She is also known for her work as a television host and presented the 2011 program Filmy Daba Party.

She was born and raised in Mumbai, Maharashtra, India and her brother is fellow actor Bhakhtiyaar Irani.

Delnaaz Irani Is A Member Of