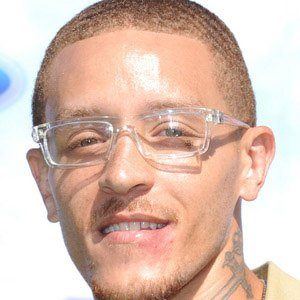 NBA shooting guard who played as a backup for the Boston Celtics, Seattle SuperSonics, Cleveland Cavaliers, and Dallas Mavericks.

He helped lead Saint Joseph's University to an undefeated regular season record and an Elite 8 appearance during the 2003-04 NCAA season.

He was suspended from the Dallas Mavericks twice during the 2011 season.

He was in a relationship with Gloria James, the mother of LeBron James, in 2010.

He played alongside Jameer Nelson at Saint Joseph's University.

Delonte West Is A Member Of