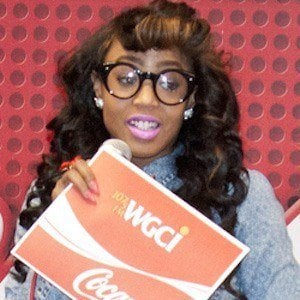 Radio host and presenter widely known for her work with iHeartMedia's 107.5 channel in Chicago, Illinois. She was named Rolling Out Magazine Chicago's 25 Most Influential Women and was an honoree at the Industry Buzzz Awards.

She began her entertainment career young, singing at the age of five. By college at Eastern Illinois University, she was working as a host at the school's radio station. She later transferred to Colombia College Chicago.

She was named Pop Entertainer of the Year for the 31st CMA awards.

Her mother has also worked as her manager.

A winner of President Obama's Young & Powerful Rising Star Award, she hosted the inaugural luncheon for him, Roland Martin, and Michael Eric Dyson.

Demi Lobo Is A Member Of