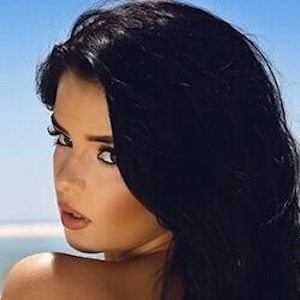 British model who quickly rose to fame working with WorldStar HipHop, FHM Magazine, M! Magazine Denmark and more. She also has a tremendous presence on Instagram, where she has over 17 million followers.

She dreamed of being a model even as a child and began her career when she applied to an agency and was contacted by them within 24 hours.

She attended Wimbledon in 2017. She has also explored DJing as a career and created an account on SoundCloud.

She is from England and grew up with a sister. Her parents are Christine and Barrie Mawby. She once dated Tyga.

She is friends and has worked with Alexandra Cane.

Demi Rose Mawby Is A Member Of