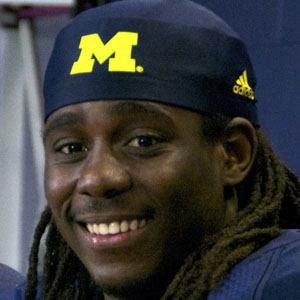 Former University of Michigan standout quarterback who set the NCAA FBS record for rushing yards by a quarterback. He was drafted by the Jacksonville Jaguars in 2013.

He was a multi-position football player and track star at Deerfield Beach high school.

He was also the only player to record a 1,500-yard passing and rushing season while earning Big Ten Offensive Player of the Year honors.

He is the son of Thomas and Dorothea Robinson.

He became teammates with Maurice Jones-Drew after being drafted by the Jaguars in 2013.

Denard Robinson Is A Member Of