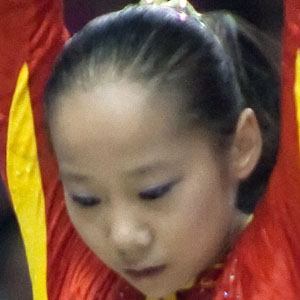 Chamption Chinese gymnast who won a gold medal in the balance beam at the 2012 Summer Olympics in London. At the 2008 Olympics, she won her first gold as a member of the Chinese gymnastics team.

She attended the Anhui Provincial Sports School and first joined the Chinese national team in 2004.

She was one of the subjects of the documentary "Dream Weavers: Beijing 2008."

Her older brother is also a gymnast.

She and Team USA's Shaun Johnson are both Olympic Champions in the women's balance beam.

Deng Linlin Is A Member Of