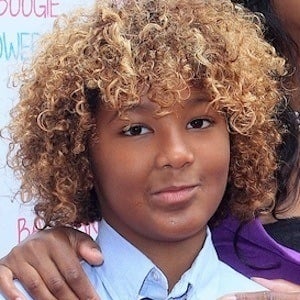 Became known as the eldest son of the R&B singer and mogul Toni Braxton, who became one of the best-selling female artists of the decade immediately preceding his birth.

His mother garnered wide acclaim for her singing and songwriting career during the 1990s.

His mother, Toni, and father, Keri Lewis, met while he opened for her on tour. The two married in April 2001, and eventually divorced in July 2013.  His younger brother, Diezel Braxton, was born in March 2003.

He has posted various photos of himself at Floyd Mayweather, Jr.-sponsored events on his Instagram account, and is a proclaimed fan of his.

Denim Braxton Is A Member Of