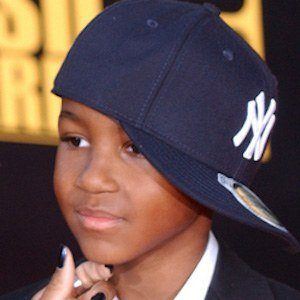 Known for being Toni Braxton's youngest son. He was diagnosed with autism from a young age, which has since inspired his mother to be active with organizations like Autism Speaks.

Braxton said that she knew something was different about her son as early as nine months, but he wasn't officially diagnosed with autism until he was three.

His mother credits his early diagnosis with helping him receive the therapy needed to live a more complete life; at the age of 13 he no longer showed signs of autism.

He has an older brother named Denim.

His father is Keri Lewis, who separated from Toni in 2013.

Diezel Braxton Is A Member Of