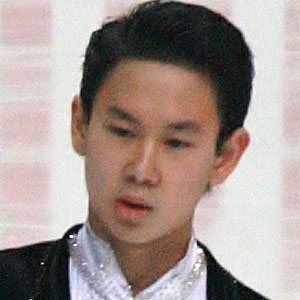 Kazakhstani-Korean figure skater who became a multiple-time National Champion, an Asian Games Winter Champion and a World silver medalist. He made his Olympic debut in 2010 and won bronze in the men's singles in 2014.

In 2008, he became the first skater from Kazakhstan ever to win a medal at an ISU competition.

He has an older brother named Alexei. His great-grandfather Min Keung-ho was a member of the Righteous Army which fought to gain independence from Japan.

He and Gennady Golovkin have both been members of Kazakhstan's Astana Presidential Sports Club.

Denis Ten Is A Member Of