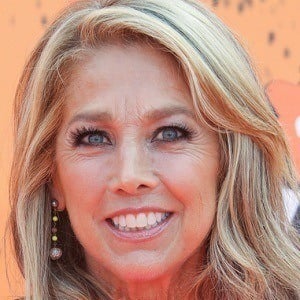 American fitness instructor, author and former gymnast who previously served on the President's Council on Physical Fitness and Sports. She hosted the long-running ESPN exercise show Getting Fit with Denise Austin and is the author of fitness-related books like Pilates for Every Body and Shrink Your Female Fat Zones.

She was born in San Pedro, California and attended the University of Arizona on an athletic scholarship. She later earned degrees in physical education and exercise physiology from California State University, Long Beach.

She is the creator of more than 100 fitness videos and DVD's, the popularity of which earned her an induction into the Video Hall of Fame in 2003.

She married sports agent Jeff Austin in April 1983 and has daughters named Katie and Kelly.

She co-hosted The Jack LaLanne Show in the 80's.

Denise Austin Is A Member Of