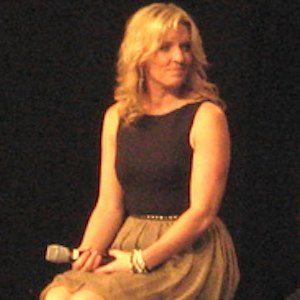 She was a member of a 14-person singing group in college, which was where she met her Point of Grace bandmates.

She and her band mates were supporters of Mercy Ministries of America, a non-profit organization for women facing life challenges.

She had two sons with her husband, Stu, who she married in 1992.

She has been a member of Point of Grace alongside Heather Payne.

Denise Jones Is A Member Of