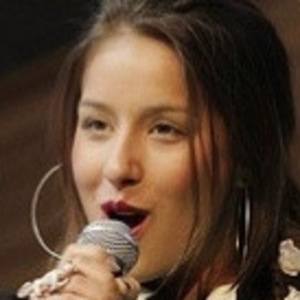 Chilean singer and actress who made a name for herself portraying Martina Valdivieso in the popular series Corazón Rebelde. She is also known by the stage name D-Niss and has released the original 2013 album simply titled Fiesta.

She began her acting career in 2006 after she was cast in the teen musical television series Amango as Maria Fernanda Mc Gellar.

The youngest of four children, she has two brothers and one sister. Her mother, Liselotte, is an industrial designer, and her father, Christian, is in ceramics. In November 2020, she got engaged to Camilo Zicavo.

In August 2020, she released the song "Santería" in collaboration with Danna Paola and Lola Índigo.

Denise Rosenthal Is A Member Of