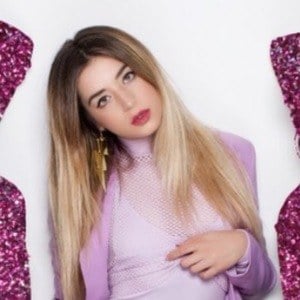 Spanish singer known for her hit "Ya No Quiero Ná," which went double platinum. She was formerly known as Mimi Doblas. She originally became known for competing in the reality TV talent show Operación Triunfo in 2017. She's also released successful collaborations like "Mujer Bruja" with Mala Rodríguez and "Me Quedo" with Aitana.

She appeared in the 2010 televised talent show Fama Revolution.

She's performed as a backup dancer for artists such as Chris Brown, Enrique Iglesias and Sweet California. In November 2019, she won an MTV Europe Music Award for Spain's Artist of the Year.

Her full name is Miriam Doblas Muñoz. She was born in Madrid, but grew up in Granada.

In August 2020, she released the song "Santería" in collaboration with Danna Paola and Denise Rosenthal.

Lola Índigo Is A Member Of