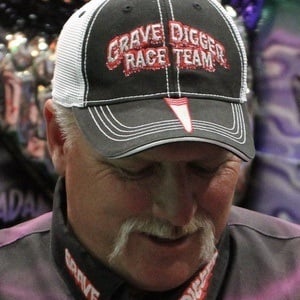 Monster truck driver who created and drove the notorious Grave Digger truck and was a fan favorite of the Monster Jam crowd.

Starting out as a mud bogger with a 1951 Ford pickup truck, he replaced an absent monster truck with his large tired smaller truck and crushed cars with that automobile. That led to his full size monster truck career.

He was a host for the show Around the World in 80 Days on The History Channel.

He married Carisa Meyers in 2005. He has a son named Adam who also drives monster trucks.

He was born in Virginia like super bowl winning quarterback Russell Wilson.

Dennis Anderson Is A Member Of