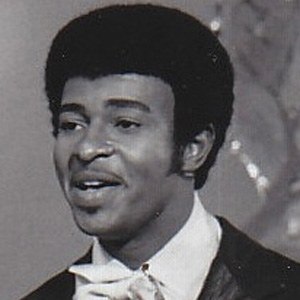 Lead singer of Motown's The Temptations, one of the most popular R&B acts of the 1960s and 1970s. He sang solo hits like "Don't Look Any Further" as well.

He auditioned for Motown in hopes of starting a solo career; while the label was not ready to sign him, they did put in on retainer to keep him from rival labels.

He contributed his soulful voice to The Temptations' hits like "Papa Was A Rollin' Stone" and "I Can't Get Next to You."

He was born in Fairfield, Alabama, a suburb of Birmingham, to Reverend Dennis Edwards Sr. and his wife. He had a daughter from his brief marriage to singer Ruth Pointer.

He replaced David Ruffin in The Temptations, after Ruffin's flamboyant style caused a falling out with the group.

Dennis Edwards Is A Member Of