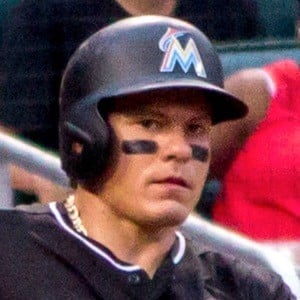 Second baseman and outfielder who joined the Miami Marlins in 2013 and made his major league debut in May of that year. He has over 120,000 followers on his 32double_d Instagram account.

He was one of the top high school players in the United States and played in the East Coast Professional Baseball Showcase and the AFLAC All-American game.

He played for the Georgia Tech Yellow Jackets in college. The Houston Astros selected him in the 2007 Major League Baseball draft.

His sister is Dawn Dietrich.

He and Giancarlo Stanton have both played for the Miami Marlins.

Derek Dietrich Is A Member Of