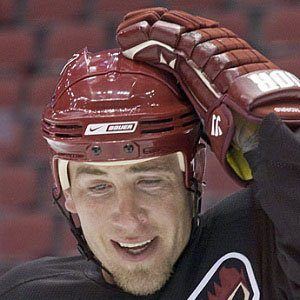 Defenseman who was named to the NHL All-Rookie Team in 1998 as a member of the Calgary Flames and won gold for Canada at the 2004 World Championships.

He won the Brian Benning Trophy in 1995 as the top defenseman in the Alberta Midget Hockey League.

He has three sons: Traiten, Presley, and Asher.

All-Star Shane Doan was his teammate on the Coyotes.

Derek Morris Is A Member Of