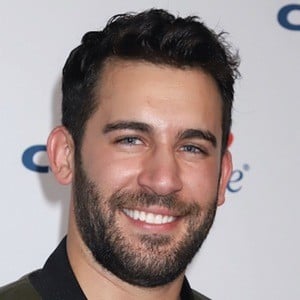 Cast member of the 12th season of The Bachelorette who was competing for the heart of JoJo Fletcher. He would then join the cast of Bachelor in Paradise for season 4.

He attended Wartburg College, an Evangelical Lutheran Church liberal arts college in Iowa. He was a 3-time NCAA All-American in track and field.

Before his reality TV fame, he was employed as a commercial banker.

He was featured on The Bachelorette alongside eventual winner Jordan Rodgers.

Derek Peth Is A Member Of