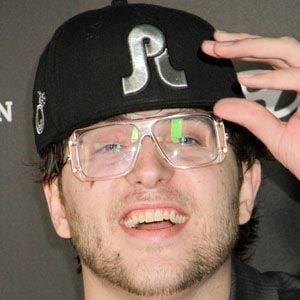 Grammy-nominated electronic music artist and owner of the record label Pretty Lights Music. He has collaborated with The Disco Biscuits and was featured at 2012's Electric Daisy Carnival in Las Vegas.

He began recording and writing hip hop music in high school. He enrolled at the University of Chicago, but didn't last through his freshman year because he felt college was a distraction from his music.

His real name is Derek Vincent Smith and he grew up in Colorado. His ex-girlfriend Krystle Blackburn has helped him run the Pretty Lights Music label; they later broke up in 2015.

He performed at the 2010 Coachella Valley Music and Arts Festival along with artists such as Tiesto.

Pretty Lights Is A Member Of