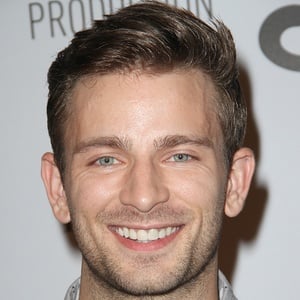 Actor and model who rose to fame after he appeared as "Ellen's New Gardener" on a popular episode of the Ellen DeGeneres Show. He has since had guest roles on shows like Hindsight and Swamp Murders.

He was a passionate singer in his high school choir and it was through choir that he found confidence to begin his modeling career. Following his high school graduation, he threw himself into the modeling and entertainment industry.

Active in the theater as well as in film, he has appeared in productions of musicals like Hairspray and The Sound of Music.

His mother, Tiki Finlayson, was the vice president of the organization Pursuing Purpose. His father, Mark Yates, is a former Navy officer and contractor. He and his mother founded the nonprofit 1N3 after his brother, Kevin, was killed by a drunk driver.

He recorded a cover of David Guetta and Sia's single "Titanium" and released it on iTunes in September 2012.

Derek Yates Is A Member Of