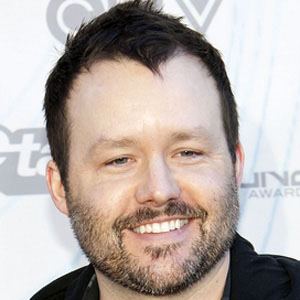 Canadian country music star known for hit singles like When You Come Around off of albums like First Time in a Long Time.

His big break came in 1999, off the strength of his demo tape.

He won a Canadian Country Music Award for Songwriter of the Year in 1999 for his work on the song Hold My Beer.

He married a woman named Margaret.

Deric Ruttan Is A Member Of