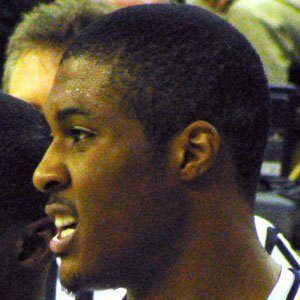 NBA forward/center who began his career with the New Jersey Nets in 2010; became the starting power forward on the Utah Jazz in 2013.

He played one year of college basketball at Georgia Tech before declaring for the NBA Draft in 2010.

He was ranked the #1 high school player in the country by Scout.com in 2009.

He was raised with an older sister named Tiffany and a younger brother named Brandon.

He was traded to the Utah Jazz along with a few other players in exchange for All-Star point guard Deron Williams.

Derrick Favors Is A Member Of