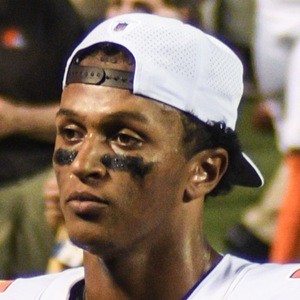 American football quarterback who signed with the University of Notre Dame Fighting Irish in 2014. He was rated as a four-star recruit coming out of high school.

He was a standout at Central Catholic High School, going 34-6 over three years as a starter.

He spent his freshman year as a redshirt. He started most of the 2015 season after Malik Zaire broke his ankle in the second game of the year.

He was born to Derek and Mindy Kizer. He has a brother named Dayven and a sister named Maelyn.

DeShone Kizer Is A Member Of