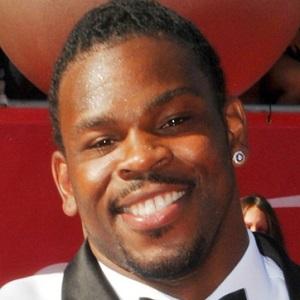 Linebacker who won Super Bowl XLV as a member of the Green Bay Packers. He was previously a First-Team JUCO All-American selection at City College of San Francisco.

He lettered in basketball as well as football at Fairfield High School in California.

After winning the Super Bowl with Green Bay, he was denied entrance to the White House because of the fact that he left his photo ID on the team plane.

His father, Dennis, played in the United States Football League.

Desmond Bishop Is A Member Of