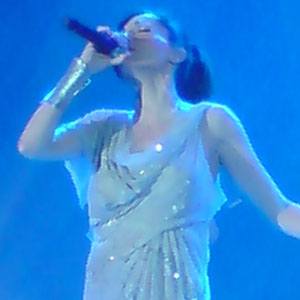 Greek singer/songwriter well known for her albums Deka Endoles and Profities, which became a multi-Platinum seller. In 2013, she began appearing as a coach for the Greek version of The Voice.

She was born Despina Malea in Tübingen near Stuttgart, West Germany. She moved to Kavala, Greece with her family when she was six years old.

Her 2000 single "Ipofero" became the best-selling single in Greece, breaking all previous records.

She collaborated with artist Pete Tong on the 2004 album Tong's Future Classics.

Despina Vandi Is A Member Of