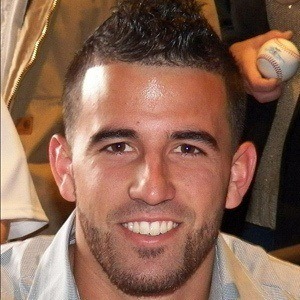 Professional infielder known for his play with the Boston Red Sox. He was the 24th overall pick by the Red Sox in the 1st round of the 2012 MLB Draft.

He was the Red Sox Minor League Defensive Player of the Yea in 2014. He made his MLB debut in June 2015 and hit his first home run three months later.

He is the son of Luis Marrero and Dalyn Nye.

Deven Marrero Is A Member Of