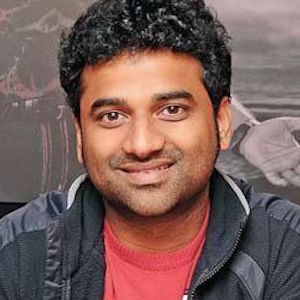 Music composer who is known for his work throughout the Telegu Film industry in India. He is known as being prolific in his releases, and has composed the scores of numerous Bollywood films.

He completed his high school education at Sir M. Venkata Subba Rao Boys High School. While a student there, he won various accolades at intercultural events for his music compositions.

He composed his debut score for the 1999 Telegu film Devi. Between 1999 and 2015, he composed the scores for over 80 Bollywood films. In 2013, he won his 5th Filmfare Award for Best Music Director for his work on the Telegu film Atharintiki Daaredi.

He was born and raised in Vedurupaka, India.

He and AR Rahman have both been awarded the Filmfare Award for Best Music Director.

Devi Sri Prasad Is A Member Of