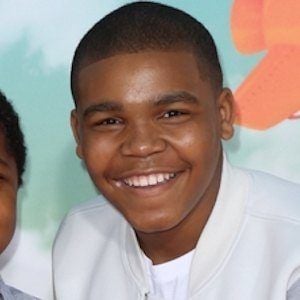 Nickelodeon personality seen as a series regular on the 2016 series Legendary Dudas and guest-star of 100 Things to Do Before High School. His film credits include A Christmas Blessing and The Single Moms Club.

He was a principal actor in commercials for Golden Corral, NFL Kids and Star Wars-Hasbro.

He was born in Atlanta, Georgia and raised alongside a sister.

He stars alongside Meyrick Murphy in Legendary Dudas.

DeVion Harris Is A Member Of