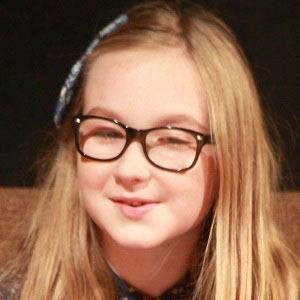 Notable for their childhood role as Meghan Chambler on the AMC series The Walking Dead, they also appeared as Kimberly in the 2014 film Chasing Ghosts and as Phoebe Barrows in the movie A Belle for Christmas. Additionally, they landed a starring role on the Nickelodeon series Legendary Dudas.

They made their The Walking Dead debut in a November 2013 episode titled "Live Bait."

Their older brother, Brennan, is pictured in several of their Instagram posts. They have three dogs.

They and Alanna Masterson both had guest spots in the season four Walking Dead episode "Dead Weight."

Meyrick Murphy Is A Member Of