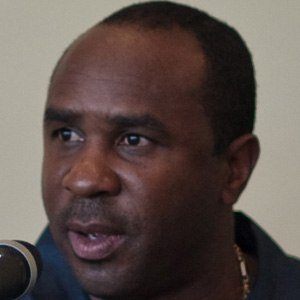 He grew up in Jamaica before emigrating to the United States at the age of nine.

He won a Gold Glove Award for his defense in center field each year he played for the Toronto Blue Jays.

His daughter, Davellyn, played basketball at the University of Arizona.

He won his third and final World Series ring playing for manager Jim Leyland on the Florida Marlins.

Devon White Is A Member Of