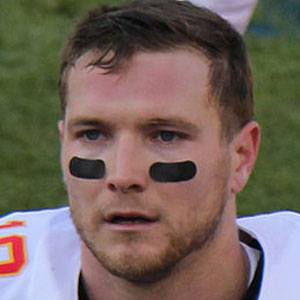 5 foot 9 receiver who used a an impressive senior season at Fresno State to earn a spot in the NFL. He was drafted in the fourth round by the Kansas City Chiefs in 2012.

He had 56 receptions for 716 and one touchdown during his 2011 season at Fresno State.

He briefly returned kicks and punts for the Tennessee Titans in 2013.

He has a brother named Doug and a sister named Dene.

He was teammates with quarterback Derek Carr at Fresno State.

Devon Wylie Is A Member Of