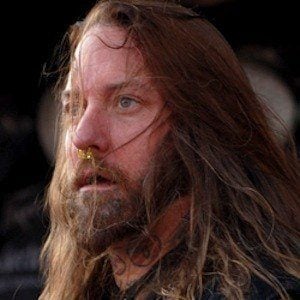 Metal singer known for his work with Coal Chamber and DevilDriver.

He performed with Coal Chamber until 2003, when the group disbanded. Around the same time, he founded DevilDriver.

He has several tattoos, including one on his chin. He performed a remake of Peter Gabriel's "Shock the Monkey" with Ozzy Osbourne.

He was born Bradley James Fafara and is Sicilian and Portuguese. His dad and uncle, Tiger and Stanley, were actors on Leave It to Beaver. He married Anahstasia Fafara. Together they have three sons named Tyler, Simon and Kaleb.

He plays with Austin D'Amond in DevilDriver.

Dez Fafara Is A Member Of