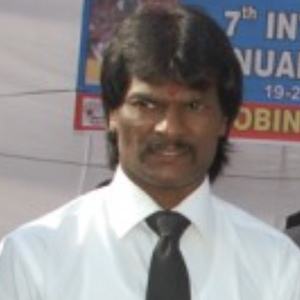 Indian field hockey player who won the gold medal at the Champions Challenge in 2001. He is the first player to have played in four Olympics, World Cups, Champions Trophies, and Asian Games tournaments.

He moved to Mumbai in the 80's and made his international debut in the Allwyn Asia Cup in 1989.

He received the Rajiv Gandhi Khel Ratna, the most prestigious award given to athletes by the Indian government, for the 1999-2000 season.

He is the fourth of five sons born to Nagalingam and Andalamma Pillay.

He and Richard Allen are both field hockey players who represented India at the Olympic Games.

Dhanraj Pillay Is A Member Of