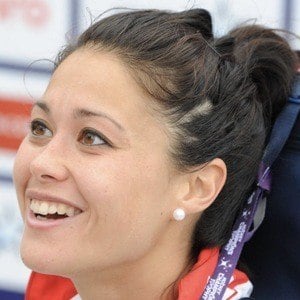 Olympian field hockey player who, along with the rest of the England field hockey team, took home the gold medal at the 2016 Olympics in Rio de Janeiro. The previous year her team took gold in the European Championship.

She graduated from Leeds Metropolitan University.

In 2016, she joined the British reality show I'm a Celebrity...Get Me Out of Here!

She appears alongside Adam Thomas in I'm a Celebrity...Get Me Out of Here!

Samantha Quek Is A Member Of