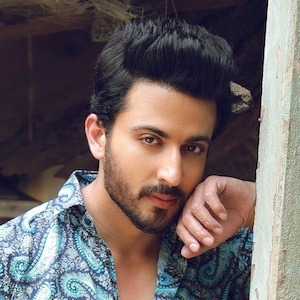 Indian television actor and model. He is best known for playing the starring role in the television series Simar Ka which appeared on Colors TV.

He first began his career as a model and was featured in a variety of different commercials for a variety of brands. He soon after made his first television debut in the show Maat Pitaah Ke Charnon Mein Swarg on Colors TV.

In addition to his work in television, he was also featured on the web series by Aur Dikhao called Soapholics.

He was born and raised in Bareilly, India. He married Vinny Arora Dhoopar in 2016.

As a star in the 2017 series Kundali Bhagya, he stars alongside fellow actress Shraddha Arya.

Dheeraj Dhoopar Is A Member Of