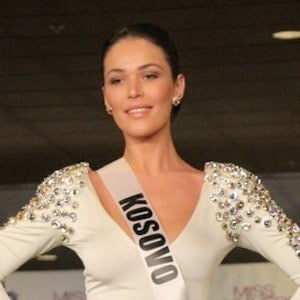 Pageant contestant and model who is known for posting a variety of her commercial modeling work to her over 30,000 Instagram followers. She is also known for winning the Miss Universe Kosovo pageant in 2012.

She first began posting pictures of her modeling to Instagram in March of 2013.

She has been featured on the cover of several magazines including Teuta Magazine and Elegance Magazine.

She was born and raised in Kosovo. She is known for posting pictures of her family to Instagram.

Other models working out of the Kosovo area include Zana Krasniqi, Flamur Ukshini, and Hafiia Mira.

Diana Avdiu Is A Member Of