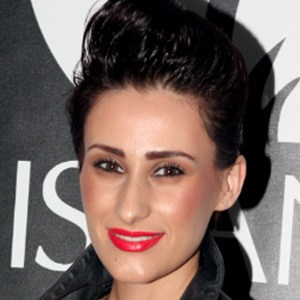 Australian singer who is best recognized for having won the eighth season of the singing competition series The Voice Australia. She is also known for her popular songs "If we Never Said Hello" and "Run".

She first started training as a singer at the age of four. She then started writing her own music at the age of 8. She moved to the United States at 16 to pursue a career in music and she gained further attention when she turned 17 and started touring with singer Tina Arena providing background vocals.

After having won the singing competition series, she was signed to the Universal Music Australia record label.

She was born and raised in Sydney, Australia and shard a photo with her father to Instagram in May of 2019.

She selected to join Boy George's team when she auditioned for The Voice Australia in 2019.

Diana Rouvas Is A Member Of