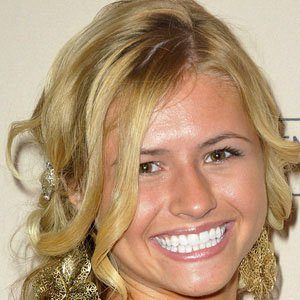 Known for her guest roles on such television series as General Hospital, The Suite Life of Zack & Cody, and Guiding Light, she also released several vocal singles, including "See Me Cry," "Cuss," and "Shoulder to Lean On."

After graduating from Laurel Springs High School in Ojai, California, she attended both Santa Monica College and Loyola Marymount University.

She appeared in three 2003 episodes of the soap opera Passions.

She and her brother were born in Richmond, Virginia, and they both began modeling when they were young children. They later lived in New York City and Los Angeles.

She played the role of Tiffany Reynolds in two episodes of The Gong Show with Dave Attell.

Diandra Newlin Is A Member Of