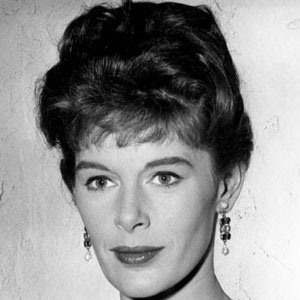 Remembered for her versatility, this American television actress played a sweet schoolteacher in Leave It to Beaver, a confident manipulator in Maverick, and a victimized wife in The Fugitive.

One of her earliest screen credits was a 1956 guest spot on Cheyenne.

In a late 1950s episode of Nobody's Child, she played the wife of Ronald Reagan's character.

Her ancestor William Bradford was an early American settler and the Governor of Plymouth Colony. Her marriage to Jabe Walker resulted in a son named Dean and a daughter named Lynn.

She appeared with Brian Keith and Paul Newman in the 1959 film The Young Philadelphians.

Diane Brewster Is A Member Of