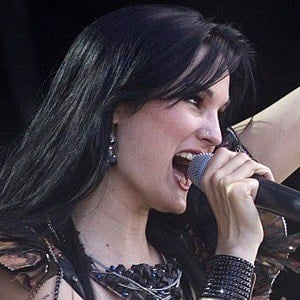 Singer who is the founder and front woman of the Dutch progressive metal band Ex Libris. She was also the vocalist of the German symphonic metal band Xandria until her departure in 2017.

She received her first singing lessons as a gift from her parents on her fourth birthday. Her studies continued as she grew older at the ArtEZ School of Music.

She is a Dutch dramatic soprano.

She was born in Liempde, Netherlands.

People often assume she is related to Anneke van Giersbergen, but she is not.

Dianne van Giersbergen Is A Member Of