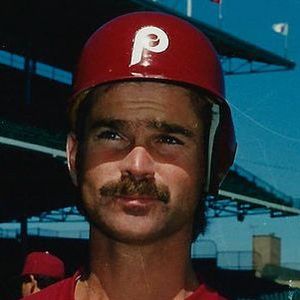 Former MLB shortstop who played with numerous teams including the Houston Astros and Philadelphia Phillies. He made his only All-Star appearance in 1983 and won the Silver Slugger Award the same year.

He grew up in Puerto Rico and was signed out of high school by the California Angles in 1975.

He was inducted into the Hispanic Heritage Baseball Museum Hall of Fame in 2003.

His grandfather, Freddie Thon Sr., was a player and manager in the Puerto Rican Baseball League.

Dickie Thon Is A Member Of