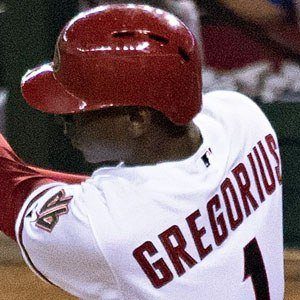 MLB shortstop who played for the New York Yankees from 2015 to 2019, then went on to sign with the Philadelphia Phillies prior to the 2020 season. In 2018 with the Yankees, he had one of his best years in the majors, setting a career-high with 27 home runs while compiling 86 RBI and 89 runs.

He was born in Amsterdam and grew up on the island of Curacao. He began his MLB career with the Cincinnati Reds in 2012.

He was born to parents Sherista and Johannes, who was also a professional baseball player.

He was briefly teammates with All-Star outfielder Carlos Beltran on the Yankees.

Didi Gregorius Is A Member Of