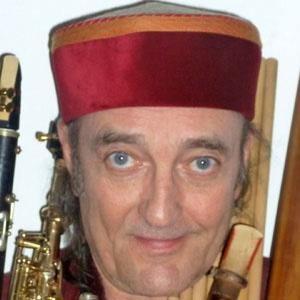 Saxophonist, duduk player, and flautist who was one of the founders of the band Gong. He performed Glastonbury festival with Gong.

He met Daevid Allen in 1968 and soon after they created Gong together.

He left Gong in 1978 and put together a five-piece band and they released an album on EMI in 1980.

When Malherbe was part of Gong, they were signed to Virgin Records, the record label founded by Richard Branson.

Didier Malherbe Is A Member Of