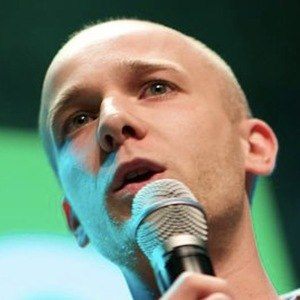 Comedian and writer who has earned widespread acclaim for his absurd style as a columnist for the online satirical news magazine Pin. He is also famous for "Dag van Diederik," his regular segment on the EO radio show Langs de Lijn En Omstreken.

He went to school in Antwerp, Belgium.

His father was a preacher.

He won De Slimste Mens Ter Wereld, which has been hosted by Erik Van Looy.

Diederik Smit Is A Member Of